Find out how to get into the comedy industry 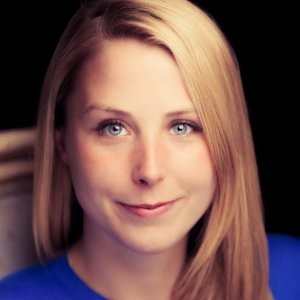 We caught up with Sarah Henley, the Co-founder of NextUp Comedy, is she havin' a laugh...?‍

What was it like finding your first ever job?

This was quite a LONG time ago!! I've worked ever since I was 12 with paper rounds, and then waitressing, but my first ever full-time job came straight after my A-Levels. I'd decided not to go to uni because my boyfriend at the time was moving into London and going to Chelsea College of Art, so I wanted to move with him, so I decided to apply for entry level jobs via online websites in sectors I thought might pay OK (to cover both our rent!), and I secured an interview at a blue chip law firm called Wilmer, Cutler & Pickering just off Pall Mall for a project assistant in the International Arbitration team (not that I had any idea what that meant at the time!).

It went well, I actually got texted my A-Level results during the interview, and was offered the job there and then, with an offer to pay for me to do Law School whilst working. It was pretty lucky, and I'm not sure that sort of thing would happen today. The money wasn't great - but I was able to move out and rent a place; we did live off jacket potatoes for a long stretch though.

How did you get into the world of comedy?

I've definitely taken the winding path to where I am now! After the law firm I trained in musical theatre at the London School of Musical Theatre and went on tour. While on tour I started writing my first play about the law firm I'd just come out of. It was a comedy and I had a little reading on the Battersea Barge after which I was invited to the London Comedy Writers by their hugely supportive chairman at the time, Graeme. There I met Kenny who is now a co-founder of NextUp, and we started going to watch a lot of comedy. We decided with our joint skill-set (he was in production) to organise a monthly comedy night in Hoxton and an accompanying YouTube channel (ComComedy), and we went up to the Edinburgh Fringe every year. Dan, our other co-founder came on board to help and eventually we decided to go for some investment and run the company properly!

What are you proudest of at NextUp?

I think the thing that gets me up in the morning is championing a diverse range of talented artists. Comedians work incredibly hard and long to get any sort of break, and it's extremely challenging. Traditional broadcasters are very narrow in terms of who they showcase, and there is just so much other talent out there. I'm proud that we aim to level the playing field and bring a bit of revenue and exposure to artists who may not have a TV career yet, but absolutely deserve to.

What NOT to put in a cover letter

3 things to think about whilst you're waiting outside an interview