A view from the top: Oomph! 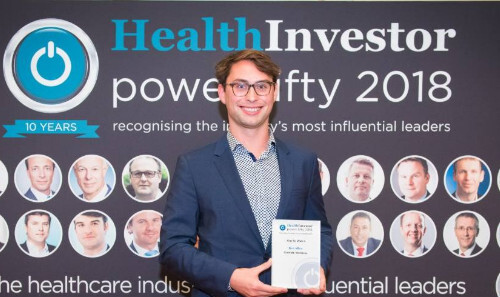 We caught up with Ben Allen, the CEO of Oomph!, to find out more about his work journey...

My first job was working on a mushroom farm. Although, it was a relatively easy job to find, it was a difficult one to earn money at as I was paid 11p for 1lb of mushrooms picked... I quickly learnt that the way to make money was to work fast.

Was there a light bulb moment that led you to founding Oomph?

Following university I worked in the fitness industry, initially as a personal trainer and laterally as a lecturer for The European Institute of Fitness. I became aware of  the lack of exercise provision for older people and created Oomph! to address the issue.

How important is it to get the younger generation working at Oomph?

Oomph! Is full of young employees, we believe that you can train a skill but not an enthusiastic and inquisitive personality. We look for people who radiate these traits and I believe that the young people who work with Oomph share in my optimism and have a “give it a go” attitude.

4 things to know about Oomph!