Hundo’s Chief Tech Officer on career progress, the metaverse, and how dyslexia has helped in his work 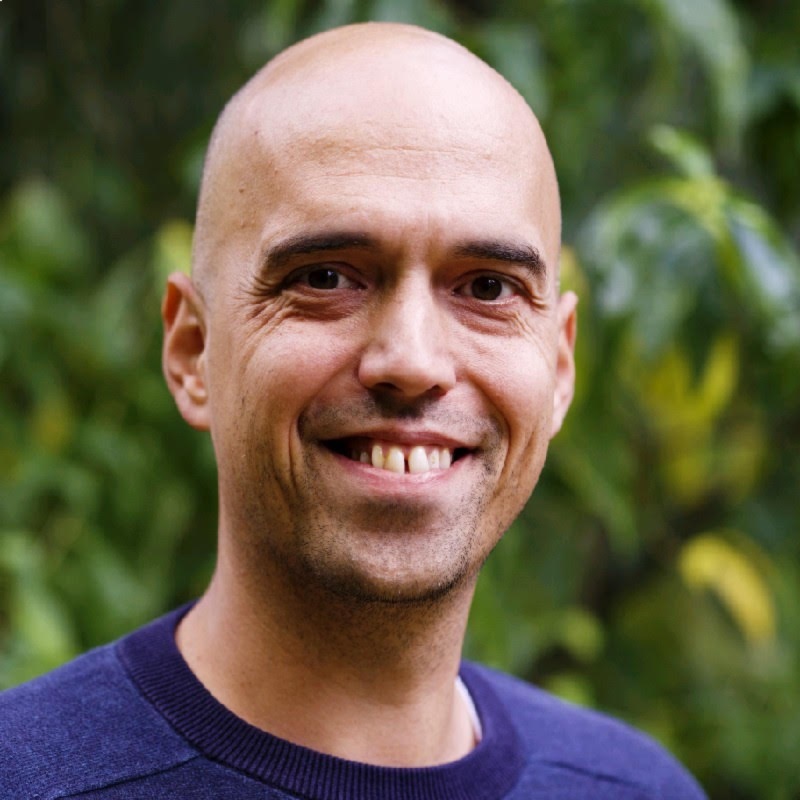 Scott Bryne-Fraser is our Technical Co-Founder and all-around tech genius here at hundo!  Find out what he gets up to each day, what the hell the metaverse is, and how a combination of the hustle, pure talent and a little bit of luck landed him some big-name jobs.

‍Tell everyone a little bit about what you do at hundo!
My background is in product design and tech. I joined hundo to help use tech to scale up our solution to connect young people withcompanies. Day to day I'm working on the next evolution of hundo.

What was your career experience like before you joined hundo - did you always expect to be working in this field?
I couldn't have imagined working in any other area than tech, but I wouldn't have predicted I'd be working in the EdTech field. Although if you'd told 17 year old me, while I was working at Blackpool Pleasure Beach, that I'd work on some of the world's biggest products I wouldn't have believed you. For a start, Amazon was being run out of a garage at the time!

From a very young age, I was fascinated with computers and design. My Dad was a designer earlier in his career, so I grew up around Apple Macs and typography, so I guess some of that rubbed off on me. I grew up in Blackpool but had visions of moving to London to get into the special effects industry for TV and movies.

I studied Technical Illustration at college, which combined 3D modelling, animation and engineering. I shared my ambition to work in TV with one of my tutors who promptly told me it was unrealistic. Telling me something is impossible is a sure-fire way to get me to try harder to do it.

Through chance and a bit of hustle, I managed to get some of my work in front of the design director at Sky News. She saw something in me so offered me a few weeks of freelance work. That gave me the chance to show what I could do, and the rest is history. I was at Sky for three years! I've since worked in roles at the BBC, Amazon, DAZN, and several product studios, and got to work alongside some of the most talented people in tech. I was given a chance - many chances - near the beginning of my career by people who believed in me. Being part of hundo and doing that for many young people is something I'm very passionate about.
‍
Do you think that being neurodiverse has helped you in your work?
While dyslexia has its drawbacks in a world dominated by the written word, it has certainly helped me. Although it has taken a number of knocks for me to understand that. I have always been able to visualise very complex systems and make connections in ways that others don't. That has helped me find solutions to problems in different ways to others. It doesn't mean my approach is always better, far from it, but it has given me the edge, working in defining new products and looking for innovative ways to solve problems. Dyslexia also forces me to explain concepts simply, which is very beneficial when talking to non-tech people.

There are challenges of course. I cannot read aloud well at all. When reading to my young son I memorise the words on the page then say them back to him. Restaurant menus can be a nightmare if there are names I don't instantly recognise. Emails, briefs, project specs, blogs, user stories are all written. There are many tools out there to help, from Grammarly to basic spell checkers, but I still get that slight frustration when I send an instant message with random words in it. Working with journalists for many years gave me a thick skin for grammar and spelling criticism!

What are some of your career highlights?
There have been many big and visible highlights, winning at Royal Television Society Award with Sky News, the DAZN launch, working on the BBC London Olympic and Commonwealth games products. The ones that stick with me are the less viable highlights, I've had the opportunity to help people in my team progress and move on to some awesome roles. I've enjoyed the moments with small teams while we thrash out a pitch, or work through a complex challenge. Sometimes helping team members find help when they have mental health issues. Those are the things that matter and stick with you.

What piece of career advice would you give to a young person wanting to start in tech?
Tech is such a broad category and there is no single route in. There are some great online games and courses that can teach you very in-depth skills for emerging tech. Many of them are free.

To be successful, attitude is key, be playful and always learn. If you have access to a computer you have everything you need to start learning. Find an aspect of tech that you feel passionate about - solving problems, designing or writing code. Don't be worried about the competitive nature of tech, find something to differentiate yourself. Combine none tech interests with tech.

How do you see the recent future of tech changing?
Tech is always changing. Over the last ten years, tech has become more centralised and controlled by a few key players. Data about users has become the currency of the web. The near future is going to see the expansion of Web 3.0 technologies. Essentially the decentralisation of tech, transparency and a move to individual ownership of data and control of data. People are waking up to the value of their data, and the impact losing control of it can have at a global scale.

We may start to see a two-tier society in which tech becomes almost invisible to many, with the mechanics hidden behind everyday objects and interfaces, but far more open and transparent to others. As a society we need to steer people through education into the open category, to ensure tech doesn't become too unaccountable.

How would you describe the metaverse, and how does your work revolve around it?
The definition of the metaverse is evolving all the time. Especially in the last few weeks as Facebook and Microsoft have pushed forward their plays into the space.

For me, the metaverse represents a new decentralised paradigm for the web. A version of the web run and governed by its citizens. Imagine Ready Player One, with a system of connected worlds that aren't owned by one single organisation or group. The world contains spaces that range from rich 3D environments to text-based spaces. People can live, work and play in a space that they help to build and maintain.

Our work at hundo is driven by our communities of young people, businesses and companies. I'm thinking about how the metaverse concept can bring those groups together in a more meaningful way.