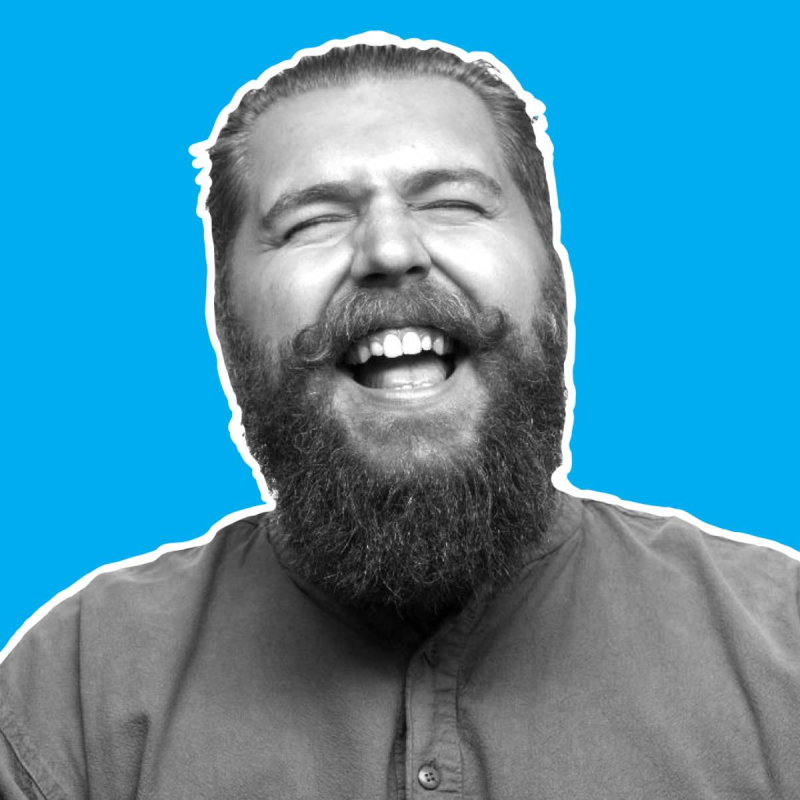 Ted Hewett went from working in sales for employee engagement company Totem to heading up their marketing department, launching a reputable webinar series and solidifying his presence as one of LinkedIn’s most positive members. Inspired by the phrase ‘be excellent to each other’ we talked to Ted about creating a strong company culture, the power of social media and why there’s no place for pseudo-wellbeing practices in the workplace.

Talk us through what you do at Totem
I come from an employee engagement background and I was very excited about comms and recognition. I started off working at Totem in development and sales and I’ve subsequently moved into marketing. I’ve worked in employee benefits before and always thought benefits are a real hit and miss - they are either brilliant or shit. You can make a broad offering but really if you want to make a difference with a company it comes down to how people communicate, what they know about each other and how familiar they are with each other. This is what the office was amazing for. Pre-Covid the office was this amazing melting pot where you did work but it was an amazing formal setting to have informal conversations. So when it came to Totem I could see the value that great communication had in building communities and bringing people together. It’s a work social platform that is designed to engage users but equally allows you to deliver on those small interpersonal moments, and create those ‘virtual water cooler moments.’

How would you describe the company culture at Totem?
We used to have a strong office culture, so that’s something that we’ve struggled with throughout the pandemic. The last thing we did before the pandemic was go on a company ski trip which was amazing, not only from a fun perspective but also for getting to know people. So that was in February 2020 and two weeks later there was a national lockdown. As a team, we have felt the sting of that and the familiarity that we had built in that period. We have a culture of acceptance, a culture of performance, a culture of openness and transparency, and one that is playful and also still evolving and growing.

Can you tell me about any projects that you’re working on?
‍So the biggest thing I’ve done this year is we started our webinar series called ‘unlocking culture’. When I first moved into the marketing role, one of the things we knew we wanted to do was to create a webinar series and start building a community. Community is a really big part of our market strategy but also we are a HR technology company and we want to build an actual community where we could share our learning and our best practice. For me it was really important that we passed on good information. I wanted to create a webinar series that was educational, entertaining, and people wanted to go to. We put together this six-part series of half pre-recorded, half live webinars where we got special guests in. We wanted it to feel more like The One Show rather than like you’re watching someone else’s Zoom meeting. That’s edutainment in a sense, so a big thing on the horizon is season two. We are looking to see what season two looks like, bigger guests, more community involvement and get into the nitty-gritty of what the new world of work looks like, the world is a different place.

If you could give your younger self a piece of career advice what would it be?
It's been a real learning curve for me through Covid to understand your approach to work and your mindset around work. I’m someone who, for most of my career, found a lot of self-worth and value in the recognition I get at work, and how I am perceived at work is very much linked to how I feel about myself. And when things are good, that’s great but when things aren’t so good it means you have a fairly unhealthy work-life balance. Now I have spent a year and a half working in a home office and remote from my colleagues and all that stuff, it’s the friends and family around you that are more important. It’s blending those two things and making it work so you have a well-rounded and happy life but you’re also doing work that you find meaningful. That’s kind of what everyone wants, but it’s finding that balance. If you put all of your value in that stuff you’re an unhappy person who works a lot. I wish that I’d drawn those boundaries earlier.
‍
How do you look after your wellness and mental health?
So mental well-being, particularly as a man in his mid-life I suppose, is quite a serious thing. 1 in 3 people suffer from some sort of mental health challenge but 1 in 1 of us have mental health. I firmly believe that it’s a very long and broad-spectrum. So my own experiences with it have been up and down and mixed. But I’ve been lucky to have amazing support networks, help when I needed it. I work in a wellbeing space in HR technology and some of the wellbeing stuff has been great, and some stuff has been crap. It’s an industry that is growing and it’s not about shining a light on that but it’s about making people mindful about what helps.

When did you start to use social media as a tool to bring about positive change?
I started seriously taking on LinkedIn like five years ago. It was always a recruitment board and then they started doing video and it became more social. Talking to a camera is something that I find easy and I’ve done a lot of it. So I started to do that and people were liking what I was saying. The company mission statement is ‘Make the world a better place to work’ so I took that very seriously and thought ‘how can I make the world a better place to work?’ Well, by spreading positivity and spreading joy. I took it on and made a conscious effort about what it sounds and looks and feels like a month or two into the pandemic. I’m an overly positive and joyful kind of person and I pride myself on a lot of the work I’ve done with the team just bringing joy to things, making meetings fun and having a sense of humour about the whole work thing.

You can find Ted on Linkedin here!